Over the past year, several new staff members have joined the SECAS team to help support the Southeast Blueprint. Here you can learn a little bit more about them and their work! 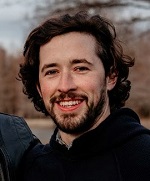 Biologist Chris DeVore is joining the Blueprint user support team after starting his career with the U.S. Fish and Wildlife Service (USFWS) in the Northeast. He started with the Service’s Chesapeake Bay Field Office in the Coastal Program and more recently worked in the Maine Field Office in the Endangered Species Program. Since June 2020, Chris has worked with Southeast Blueprint user support, based out of Cookeville, TN. His work focuses on connecting with regional partners to implement and improve the Blueprint in the southern Appalachians (KY, TN) and Middle Southeast (primarily MS, AL). He moved to Tennessee with his wife Katie and their lab/shepherd mix Maple, and they welcomed a new daughter Camden in October 2020. They are excited to continue exploring their new home state well into 2021. 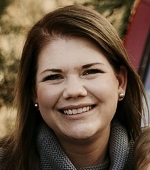 Emily Granstaff is based out of Cookeville, TN and has been with the USFWS since 2009. During her career with the Service, she provided science and GIS support for landscape-scale, aquatic habitat initiatives in conjunction with the Southeast Aquatic Resources Partnership. She also worked in the Tennessee Partners for Fish and Wildlife Program to implement habitat restoration projects with private landowners that benefit federally listed species. Like others on the Blueprint User Support team, she currently provides science and networking support to conservation partners and USFWS programs interested in aligning their conservation actions with the Southeast Blueprint. She focuses primarily in the Southern Appalachian subregion and is the point of contact for partners in Tennessee and Kentucky. Emily is a native Tennessean and enjoys finding hidden fishing spots with her husband and their two sons across the Southeast. 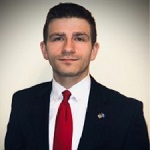 Data Scientist Daniel Adams is joining the Southeast Blueprint development and user support team. Previously he held student co-op positions for the U.S. Army Corps of Engineers and the USFWS while completing his undergraduate and graduate degrees at Tennessee Technological University. Since February 2020, Daniel works as the Data Science Coordinator out of Cookeville, TN. His work includes development of decision support tools, Southast Blueprint indicator modeling, and collaboration with user support staff to support partners’ use of the Blueprint to inform conservation action. 2020 was a year of firsts as Daniel and his wife Terra are newlyweds, they purchased their first home, and both began their careers. 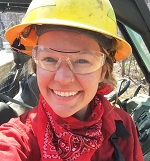 Alex Lamle is joining the Blueprint User Support team based out of the Atlanta, GA regional office. She comes to the Service from The Nature Conservancy where she’s been working with diverse stakeholders across the state of Georgia to implement on-the-ground restoration projects, with an emphasis on aquatic connectivity and water quality. Alex will serve as the Southeast Blueprint User Support lead for Mississippi and Alabama, as well as for various state, federal, and nonprofit regional offices located in Atlanta. 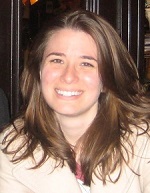 Blair Tirpak is joining the Southeast Blueprint development team after 2 years with the user support team. She will focus on improving the consistency of the Blueprint indicators across the Southeast, with initial emphasis on coastal indicators. She will continue to work with user support staff to ensure that the indicators are rigorous and relevant to the wide range of conservation actions in the Southeast. Blair has been creating decision support tools as a GIS Analyst in landscape scale partnerships since 2007, first with the Lower Mississippi Valley Joint Venture and then the Gulf Coast Prairie Landscape Conservation Cooperative. Her new position will be based out of Atlanta, GA where she will move with her husband and son later this year. All are eager to explore the forests and streams in the foothills of the Appalachian Mountains.